The Board of Directors comprises highly renowned professionals drawn from diverse fields. They bring with them a wide range of skills and experience to the Board, which enhances the quality of the Board❜s decision making process.

The brief profile of your Company❜s Board of Directors is as under:

Mr. Shrikant Zaveri is a doyen of the Indian Gems and Jewellery Industry and is one of the most respected personalities of the Gems and Jewellery Industry in India. He has a rich experience of more than thirty four years in the Gems and Jewellery industry. He has completed his education upto matriculation. He took over as the managing partner of the business in 2001. He continued his forefather’s business with one flagship store at Zaveri Bazar, and given his immense efforts, your Company presently has thirty one showrooms, out of which twenty eight own showrooms and three franchisee showroom, in twenty four cities and twelve states across India.

With his considerable wealth of experience, Mr Shrikant Zaveri brings immense value and insight to the Board of TBZ.

Mr Zaveri was the founding member and chairman of the Gems and Jewellery Trade Federation. He has been awarded the Retail Jewellery Award for lifetime achievement in the year 2007. He also won the Retail Leadership Award from the Asia Retail Congress in the year 2013.

Ms. Binaisha Zaveri holds a bachelor’s degree in marketing and finance from the Stern School of Business, New York. She joined the business in 2004 and has diverse experience across verticals. She is involved in all aspects of the business including human capital management, operations, finance, business development, marketing and merchandising. She has been actively involved and has been a key player in the opening of showrooms in twenty three cities across ten states.

Ms. Raashi Zaveri holds a bachelor’s degree in finance and entrepreneurship from the Kelly School of Business, Indiana University and is a graduate gemologist from the Gemological Institute of America. She joined the business in 2008. She is involved in the management of the Company’s enterprise resource planning systems and is actively engaged in accounting, merchandising and general corporate management.

Mr. Kamlesh Vikamsey has a bachelor’s degree in commerce from the University of Mumbai and is a qualified chartered accountant. He has more than thirty three years of experience in Accounting and Finance, Taxation, Corporate and Advisory services. He is a Member of Independent Management Advisory Committee (IMAC) ofInternational Telecommunication Union (ITU), Geneva, Switzerland, External Audit Committee (EAC) of International Monetary Fund (IMF), Washington D.C., United States of America & Audit Committee of United Nations Children’s Fund (UNICEF), New York, United States of America. He is also member of Appellate Authority constituted under section 22A of the Chartered Accountants Act, 1949 & Accounting Standards Committee of Central Board of Direct Taxes (CBDT).

He was a Chairperson of the Audit Advisory Committee of the United Nations Development Programme (UNDP) and a member of Indian Advisory Board at Intuit. He was President of the Confederation of Asian and Pacific Accountants (CAPA) 2007-2009 and was Deputy President of CAPA during 2005-2007. He was a Board Member of the International Federation of Accountants (IFAC) from 2005 until 2008. He was past president of the Institute of Chartered Accountants of India (ICAI) during 2005-06. He has served as a member of various advisory and expert committees at national and international levels, including as a member of the expert committee constituted by the Central Government for the promotion of the Gems and Jewellery industry in 2007 and was a member of the Accounting Standards Committee of SEBI in 2005-2006.

Mr. Vikamsey joined TBZ Board on 26th August, 2010 and has given valued contribution to the Board of Directors. He is Chairman of the Audit Committee and member of the Nomination and Remuneration Committee. He has brought to bear upon these Committees, his vast and varied experience gained from his profession and as Director on the numerous companies on whose Board he serves.

Mr. Ajay Mehta has a bachelor❜s degree in science from University of Mumbai and a master❜s degree in chemical engineering from the University of Texas. He has over thirty one years of experience with chemical, petrochemical, fertiliser, manufacturing and investment companies. He is presently the Managing Director of Deepak Nitrite Limited. He is a member of the executive Committee of Mahratta Chamber of Commerce, Industries and Agriculture and various other developmental institutions and social organisations.

Mr. Mehta joined TBZ Board on 14th December, 2010 and has given valued contribution to the Board of Directors. He is Chairman of the Nomination and Remuneration Committee and Stakeholders Relationship Committee and the member of the Audit Committee, Corporate Social Responsibility Committee (CSR Committee) and Risk Management Committee. He has brought to bear upon these Committees, his vast and varied experience gained from his profession and as Director on the numerous companies on whose Board he serves.

Mr. Sanjay Asher has a bachelor❜s degree in commerce and a bachelor❜s degree in law from the University of Bombay. He is also a qualified chartered accountant and a solicitor. He has over twenty six years of experience in the field of law and corporate matters. He is presently a senior partner at M/s. Crawford Bayley and Co., and deals with corporate laws, laws of mergers and acquisitions and capital market transactions.

Mr. Asher joined TBZ Board on 14th December, 2010 and has given valued contribution to the Board of Directors. He is member of the Nomination and Remuneration Committee.

Mrs. Sudha Pravin Navandar is a qualified Chartered Accountant registered with the Institute of Chartered Accountants of India and a Certified Public Accountant, USA. She has done post qualification course on Information System Audit (DISA) and is also an insolvency professional. She is currently a partner in M/s. Pravin R. Navandar & Co. Chartered Accountants, with main focuses on corporate advisory services, income leakage and IBC matters. She is also an independent director on the board of Goa Glass Fibre Limited, Route Mobile Limited, Anand Rathi Financial Services Limited and Anand Rathi Wealth Limited.

Mrs. Navandar joined the TBZ Board on 1st April, 2021 as an Additional Director (in the capacity of Independent Director). Your Board has approved the appointment of Mrs. Navandar as an Independent Director (Non-Executive) for the first term of consecutive five years from 1st April, 2021 to 31st March, 2026 subject to the approval of shareholders at the ensuing fourteenth Annual General Meeting. 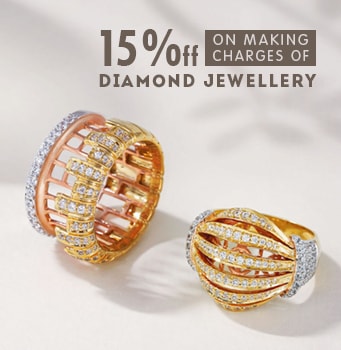 to receive your Special Offer

You will be among the first to hear about our new arrivals,
big events and special offers